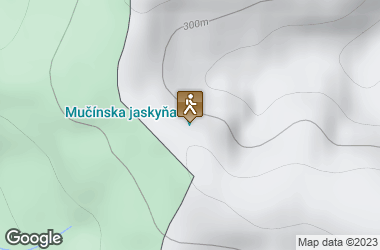 History and value of Mucsényi Cave

The only known cave in the Cseres Mountains so far, which was formed by the erosion of a charred tree trunk. It is located in the western part of the mountains, on the right bank of the upper river of the Mucsényi stream, at an altitude of 280 meters above sea level, northwest of the Babos mountain near Mucsény (341 m). The cave, which was excavated in 2005, consists of a single horizontal passage 12 meters long, 2.5 meters wide and 1.5 meters high. It was formed by the eruption of a trunk of a huge, probably coniferous tree covered in the Lower Miocene, 19 million years ago, by a thick layer of volcanic ash (the current rhyodacite tuff). The tree trunk was charred and then eroded in the Pleistocene when the incision of the Mucsényi stream allowed it to come into contact with the air. Later, the cave passage also expanded with mechanical fragmentation, mainly by frost. However, the falling rhyodacite tuff layers copied the trunk of the tree, leaving a semicircular cross-section of the cave. Remains of several charred trees can still be found in its walls, and leaf prints can be found at the end of the cave, which were classified by Viliam Sitár Celastrus acheronti, Leguminosites sp. and Eugenia sp.. They refer to the subtropical climate prevailing in the Lower Miocene. The cave is built as an accessible demonstration site on a path from Mucsény.

A 1.5 km long study trail leads from the village of Mucsény to the cave. There is a resting place in front of the cave and right in the village.
Degree of protection: Natural Monument
smartphone-app