A volcanic catastrophe (like in the case of Pompeii) destroyed the environment of ancient Ipolytarnóc some 17 million years ago. The grey volcanic rock, rhyolite tuff, which covers the paleohabitat, appears on the surface on both sides of the geological trail towards the Great Conservation Hall. It contains the charred remnants of the ancient vegetation beside the whitish pumice. 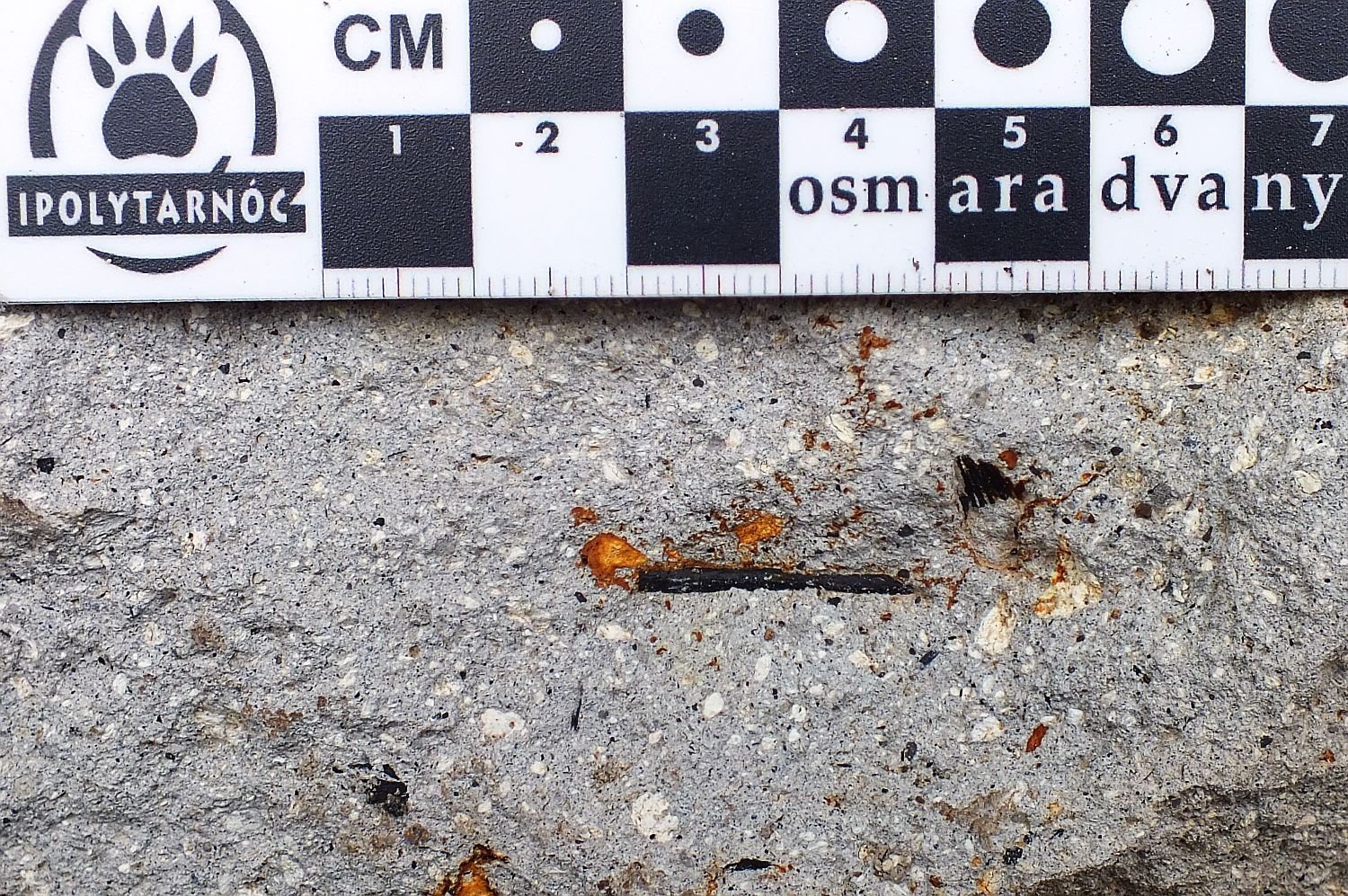 The hydroclastic volcanism started with an eruption producing thin ashfall deposits, which blanketed the habitat with fine, yellowish-striped volcanic dust, which preserved the leaf impressions of the onetime vegetation.

Then a fiery deluge of ash-flow, ignimbrite came, like an avalanche from the distance, suppressed the fire of the burning vegetation with its foam-like matter when covered the area, which was dotted by drying out wetlands. 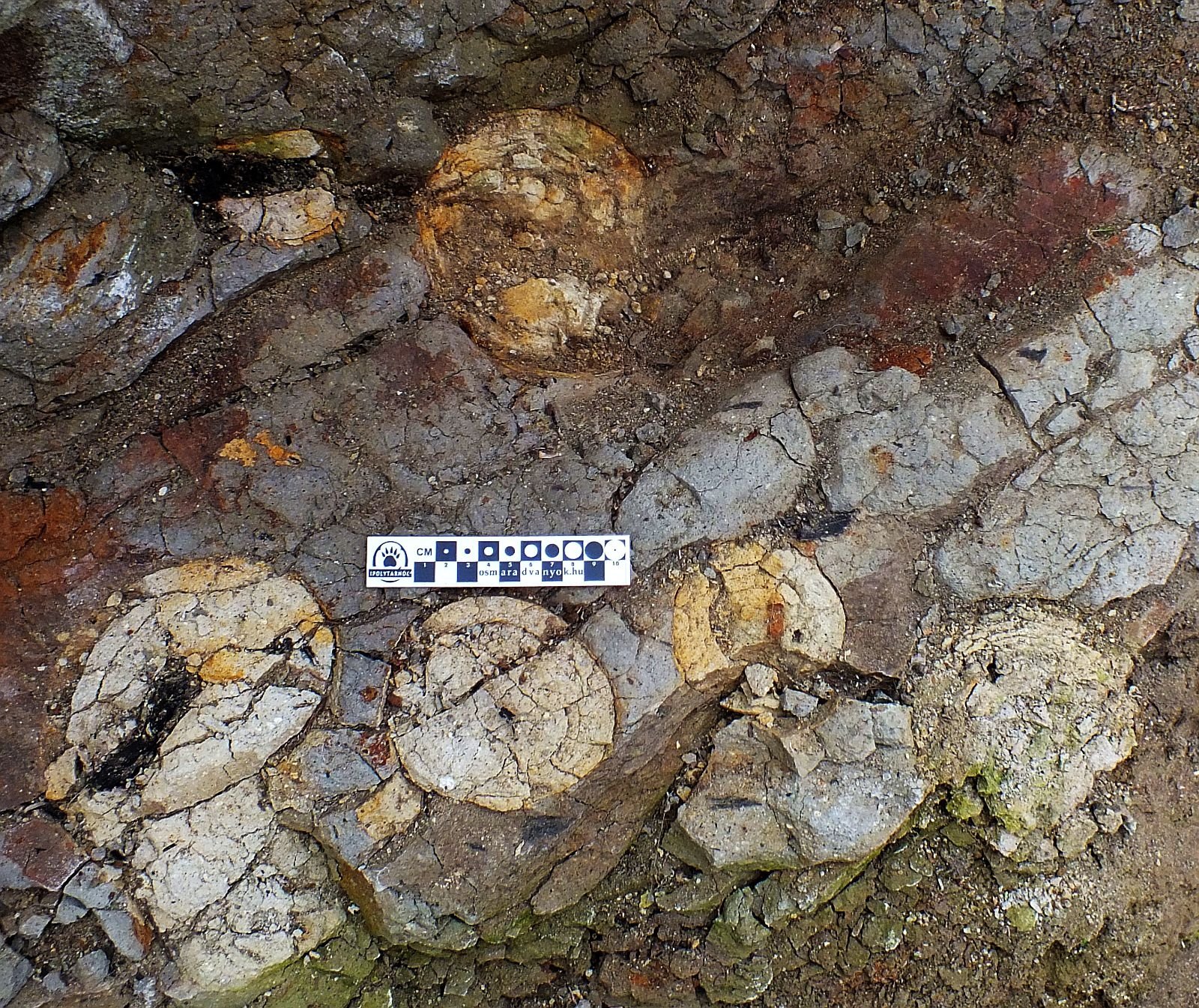 The base surge's rolled up -- accreted lapilli-like, but larger than 64 mm in diameter -- tuffballs, armoured mud balls are easy to identify along the geological path. According to the newest radiometric dating, measurements, the volcanic catastrophe destroyed the paleohabitat of Ipolytarnoc some 17 million years (formerly thought of as 19,6 Ma) ago.