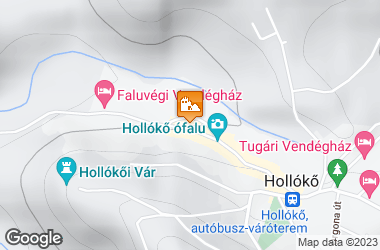 Hollókő is the only village in Hungary that is on the UNESCO World Heritage List and is known worldwide. Besides Budapest, the Palóc village of Nógrád county, Hollókő was the first of the Hungarian sites to be listed on the World Heritage List by the World Heritage Committee in 1987. Hollókő fulfills the most important condition, the unique and universal significance by the fact that the village, built in the 17th-18th century, is a unique example of its traditional settlement, traditional architecture and pre-20th century village life, which has been preserved in its original state. Hollókő evolved in a gentle and harmonious symbiosis with nature and has not yet become an open-air museum: it is a living, inhabited settlement to this day. Most of the buildings are still being used as intended by the traditionalist inhabitants. The village museum has been operating since 1964 in a picturesque setting, with the picture of preserved village, which shows the lifestyle, apartment, furniture and economic means of a typical Palóc peasant family.

The settlement is located in the central part of Nógrád county, in the Cserhát Mountains, southeast of Szécsény and northeast of Pásztó. The village of only a few hundred inhabitants is a World Heritage Site. The village can only be reached by public road from Szécsény direction and from the main road No. 21 in front of Pásztó to the side road No. 2122.

The history of the village dates back to the 13th century. The castle was built on the Szár-hill after the Tartar invasion.There is an old legend attached to the fortress built on the rock, which according to the locals also explains the name of the settlement. It happened that a certain András Kacsics kidnapped the beautiful lady of the neighboring landlord and locked him in a castle under construction. However, the woman's nurse, who was a "witch", allied himself with the devil and persuaded her sons to change form into ravens and deconstruct the castle stone-to-stone to free her from the fortification surrounding her.The Ravens did so - to be honest they did not scatter the stones - but they built a new castle on a nearby basalt rock.This became Hollókő Castle, and the village below the castle ruins is Hollókő. It was actually named after the area below the castle (which was a favorite place for ravens) and the settlement was named after the castle. Since the charters of the period mostly refer only to the castle, the village is known from the Middle Ages to the fact that it dates back to the 14th century. In the first half of the 14th century it was a place of worship. Like many other settlements, Hollókő became depopulated during the Turkish occupation: in 1715, only three taxable households were subject to county censuses. It could soon be resettled, as it was already listed as a noble village in 1720 (which meant that its inhabitants were exempt from paying tax). Due to the unfavorable production conditions of the area, the development of the settlement has been stalled for a long time. Fires repeatedly devastated in the settlement, as the houses were built of wood, without foundation and covered with easily flammable shingle roofs, and above open fireplaces they were ventilated only by smoke holes. The great fire of 1909 was the turning point: the now adobe houses were raised on a stone foundation and covered with rafters, tile shingles, retaining their original shape.

Hollókő represents the typical single-street village type in the region, the basic structure of which is the double line of houses located on narrow strip plots perpendicular to the central road. In Palóc settlements, large families usually built on a single plot, and as the family grew, a new one was simply built behind the first house facing the street. In the center of the village, on an "island" at the top of a hill, stands a small church with a wooden tower, built in 1889 for public donations. The building's exceptional condition and simplicity make it a real jewel. Located in the center of today 's less than 400 settlements, the monument includes a total of 67 protected buildings - mostly one - storey, gabled roofed gable houses, whose front walls are lined with wooden column posts, covered with wooden column posts.

- Village Museum (Kossuth u. 82): displays the typical interiors of Hollókő from the early 20th century. Periodically available: April 1st to October 31st.
- Postal Museum (80 Kossuth Street): The Permanent Exhibition entitled "The Post of the Palócföld" presents in two rooms the development of the postal network of the multi-county ethnographic group, the Palócság and the related postal memories.
- Castle Museum (Castle Hill): presenting plans for restoring the castle, the castle reconstruction works and the tools found during the excavation at several locations.

Even before the title was awarded 22 years ago, the village was considered a popular holiday resort, but the World Heritage rank was another temptation.70% of the villagers are retired and the average age is over 50. The cultural center of the settlement has a capacity of 150 people. There is only a lower elementary school in the local elementary school. The upper ones study in Szécsény, 18 km away. There is a kindergarten in the village, which does not need to be closed due to the lack of births.

Road cut under the Rákóczi-chapel