Devil's Tower, Cserépfalu The Bükkalja’s cultural historical values are the hive stones, the remains of the central ridges between the small gorges that divide the valleys. Initially, smaller and larger cones appeared on the slopes of the rhyolite tuffs, which have been cut by the gullies. During surface development, the cones separate and they only connect with a narrow saddle to the rhyolite tuff slopes behind them. In the next phase of development, the connecting saddle will appear prominently and the hive cone will be removed from the underlying slope. This state of development is represented by the Devil’s tower on the slope of the Mész-hegy. The 6 m high tuff cone is only connected to a sloping saddle with the slope of the underlying mountain. There are three carved cabs on the side of the tuff cone. The nearby decaying rock is called by the locals the Devil's Slide. It is made of soft rhyolite tuff, which easily erodes due to its low cementation and high pumice content. In addition to natural erosion, deforestation, which plays a protective role, also contributed to the rapid destruction of the tuff, as woody vegetation can no longer settle on the nutrient-poor rock surface of its mulch. An earthen castle was built on the Mész-tető in the Late Bronze Age (1100-800 BC). The fortress can be considered as a member of the castle chain built on the edge of the mountains (Bukkaranyos land castle, Kisgyőr Hársas and Majorvár, Sályi Latorvár etc.). The fortified area is triangular in shape, the western and eastern sides are natural slopes, and the southern side is marked by a marked fortification. The center of the 230 m long, 10-15 m wide, currently enclosed by a 1-1.5 m high barn is heavily recessed, amphitheater-like. The fortification classifies the fortification into Kyjatice culture on the basis of the tile fragments found. 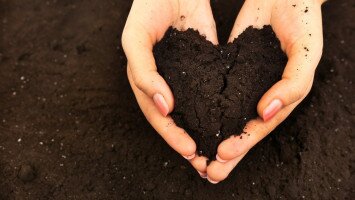 The COVID-19 pandemic will restrict Mother Earth Day events to partly closed and partly online programs in our geopark this year. 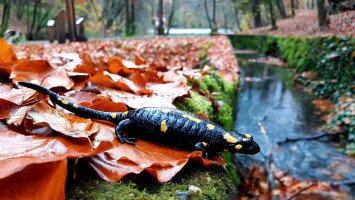 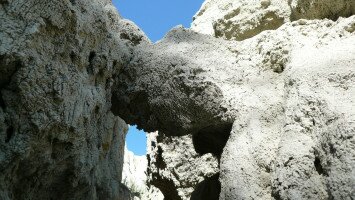 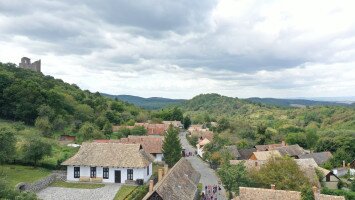 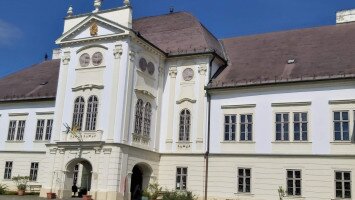